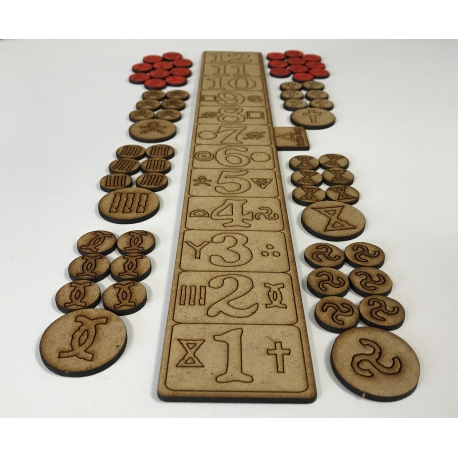 This Strike Rank tracker is perfect to keep RuneQuest combat organised, includes enough counters for six players and the GM. We make this in a few versions, this is the Shaman version, made from laser cut 3mm MDF.